Sunday next week is Human Rights Day. On Dec. 10, 1948, the UN adopted the Universal Declaration of Human Rights, in which then-chairwoman of the UN Commission on Human Rights Eleanor Roosevelt played a pivotal role.

The declaration was meant to serve as a reminder of the mistakes that humankind committed during World War II, with many traumatized by the Holocaust.

The Universal Declaration of Human Rights proclaims that no one should see their rights suppressed by governments and describes a vision that is at once simple and difficult to attain — “the advent of a world in which human beings shall enjoy freedom of speech and belief and freedom from fear and want has been proclaimed as the highest aspiration of the common people.”

On Tuesday, Taiwanese human rights advocate Lee Ming-che (李明哲) appeared at the Yueyang City Intermediate People’s Court in Hunan Province for his verdict hearing, which was broadcast on the Internet. It was the second time Lee was seen onscreen since he was arrested and kept incommunicado by Chinese authorities.

When asked whether he accepts the ruling or planned to appeal, Lee said without any hesitation that he accepts it and will not appeal.

As a person, what was Lee’s deepest thought at that moment? And for all of us spectators, do we still believe that the dream of freedom of speech and freedom from fear is the highest aspiration of the common people?

Lee, who, from the perspective of human rights, was innocent, was found guilty by the Chinese court of “subversion of state power” and sentenced to five years in prison and deprived of his political rights for two years. The latter is preposterous, to say the least, because China does not grant any political rights to its 1.3 billion citizens, and Lee is Taiwanese, not Chinese.

Following the sentencing, media outlets in Taiwan, Hong Kong and China have been discussing and analyzing its impact on the political and economic situation across the Taiwan Strait.

However, as a Taiwanese, a citizen of the world and “a member of the human family” protected by the declaration, Lee deserves the attention and help of everyone around the world. This is something that affects everyone and people around the world should condemn the Chinese government for its cruelty.

As a member of the UN and its Human Rights Council, China is bound by the UN Charter, but the Chinese government has a long history of violating human rights.

A week ago, Beijing began a massive campaign to forcefully evict the city’s migrant population. This was followed by the judicial farce on Tuesday that was anything but just.

What China has been doing is no different from what the Nazis did during World War II. Other UN members should condemn the Chinese government for violating the declaration, which stipulates that all signatories should promote “universal respect for and observance of human rights and fundamental freedoms.”

The court’s ruling has effectively labeled all Taiwanese potential criminals under Chinese law. Lee is the first Taiwanese to have been charged with “subversion of state power” under a new law that has tightened controls over foreign non-governmental organizations.

The charges against Lee consisted entirely of opinions that he expressed online when he was in Taiwan. In other words, anyone who publishes an article critical of the Chinese government on the Internet might find themselves on the wrong side of the law and be arrested for “subversion of state power” if they set foot in China.

Since it is this easy for anyone to subvert China’s state power, why do we not all unite together in protest, follow in Lee’s footsteps and continue his work to subvert Beijing’s autocratic regime.

Taiwanese must continue to constantly and openly denounce the Chinese government online, and cover the streets with banners proclaiming: “Freedom of speech, Lee Ming-che is innocent.”

We should familiarize ourselves with every detail of Lee’s case and attend lectures by the Lee Ming-che Rescue Group. We need to spread the word about Lee’s case so more people would understand Beijing’s brutal violations of human rights. We must also use every opportunity available to denounce the Chinese government and protest outside its embassies around the world.

China is scheduled for a Universal Periodic Review by the UN Human Rights Council next year. Human rights organizations have a duty to publish reports exposing Beijing’s brazen lies.

Whenever possible, we should boycott Chinese and Chinese-invested goods, and refrain from traveling to China for vacation. Citizens of all countries should, through the ballot box, demand that their governments refuse to cooperate with Beijing.

We must find new ways to subvert China’s autocratic regime. Only by doing so is there a chance that Beijing will be forced to give up its tyrannical ways and uphold the Universal Declaration on Human Rights and the UN Charter. We must take action now.

Shih Yi-hsiang is the vice secretary-general of the Taiwan Association for Human Rights. 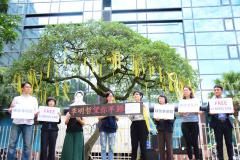 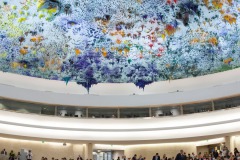 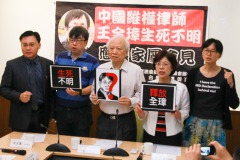