We, the undersigned organizations, are extremely concerned with the Taiwan activist, Li Ming-Che, who has been detained by the PRC authorities. The fact that more and more human rights activists are arbitrarily arrested and detained in China, or even disappeared when traveling in China, shows that the human rights conditions in China are deteriorating. Li is the first person being detained after the effect of the Law of the People's Republic of China on the Administration of Activities of Overseas Non-Governmental Organizations within the Territory of China.

Li Ming-Che, a program manager of Wen-Shan Community University in Taiwan, also a volunteer of the Covenants Watch, entered China via Gongbei Port of Entry in Macau on March 19, and has not been seen since then. For 10 days, the PRC government refused to reveal Li’s whereabouts. It was under the pressure of Taiwan’s NGOs, the PRC government finally confirmed that Li was detained by the PRC authorities on suspicion of threatening national security, and is currently under investigation. But his family is still denied the right to visit him. His family has no knowledge about Li’s detention. Because Li has a medical condition of hypertension, his family strongly worries about his health.

We believe that the arrest and detention of Li Ming-Che by the PRC government is not legitimate. Li Ming-Che, as an NGO worker, merely shared Taiwan’s experience of democratizationhis with his Chinese friends, who he met online in recent years. When his online Chinese friends were interested in knowing more about human rights issues or modern history, Li sent them books. In early 2016, Li urged his online Chinese friends to donate and to support the family of Chinese human rights activists, who have been detained by the PRC government.

We believe that no one should be arrested and detained because of sharing ideas on the internet. Li simply exercised his freedom of speech, which is protected by international human rights laws. His actions have also facilitated mutual understandings between Taiwan and China. The PRC government has no legitimate causes to arrest and detain him. We are sorry to see that the PRC government is getting more and more hostile to foreign human rights activists. For example, it arrested and deported Swedish human rights worker Peter Dahlin in 2016. The renowned Chinese scholar Feng Chongyi, a permanent resident of  Australia, was denied to leave China and detaineed over a week in March. China also repeatedly criminalizes regular civil activities as “color revolution” on national security grounds. The litigation and detention procedures are flawed, and violate fundamental human rights standards and principles.

China, as a member state of UN Human Rights Council, should have done better. But the PRC government has repeatedly violated rights of human rights activists domestically and abroad. This government has posed a significant threat to the development of global civil society. Therefore, we call for a joint action to hold he PRC government accountable.

We demand the PRC government:

Endorsed by Foreign or International NGOs:

Statements from other NGOs 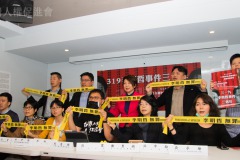 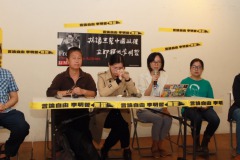 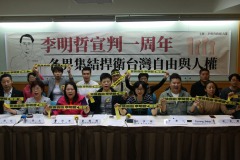